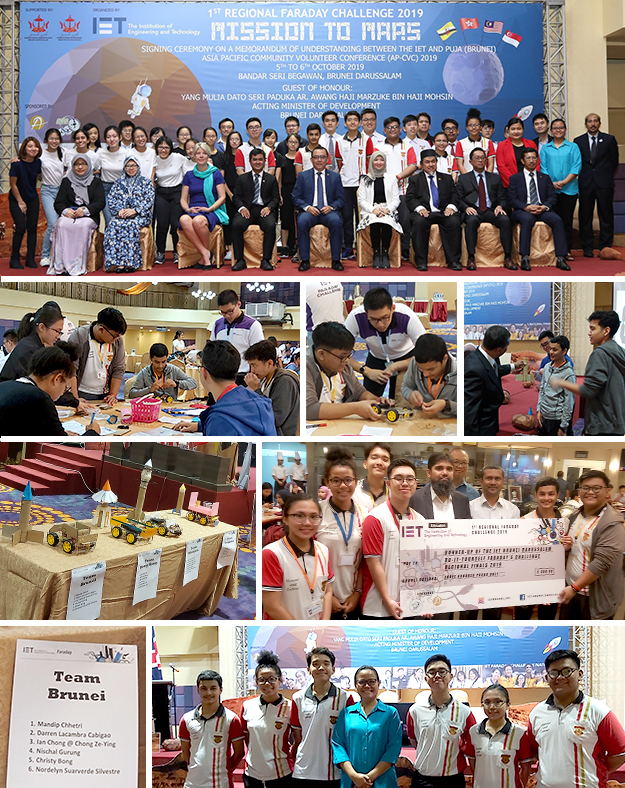 The Institution of Engineering and Technology ( IET ) Brunei Darussalam Local Network ( LN ) hosted the first Regional Faraday Challenge 2019 on October 5, 2019. This took place in Aman Hills Hotel in Jalan Muara. It was organized by IET LN Young Professional Section ( YPS ) in collaboration with the Oil and Gas Discovery Centre ( OGDC ).

Four teams, comprising six students each, represented their own country to compete in designing and building a prototype with the theme 'Mission to Mars'. The participating countries were Brunei, Hong Kong, Malaysia and Singapore. The objectives were to design and construct a rocket which will transport supplies via Earth orbit to Mars, as well as building a system to transport their rocket to launch site.

By participating in this competition, the students were able to develop their skills in problem-solving through Science, Technology, Engineering and Mathematics ( STEM ). The students also further strengthened their teamwork and communication skills.